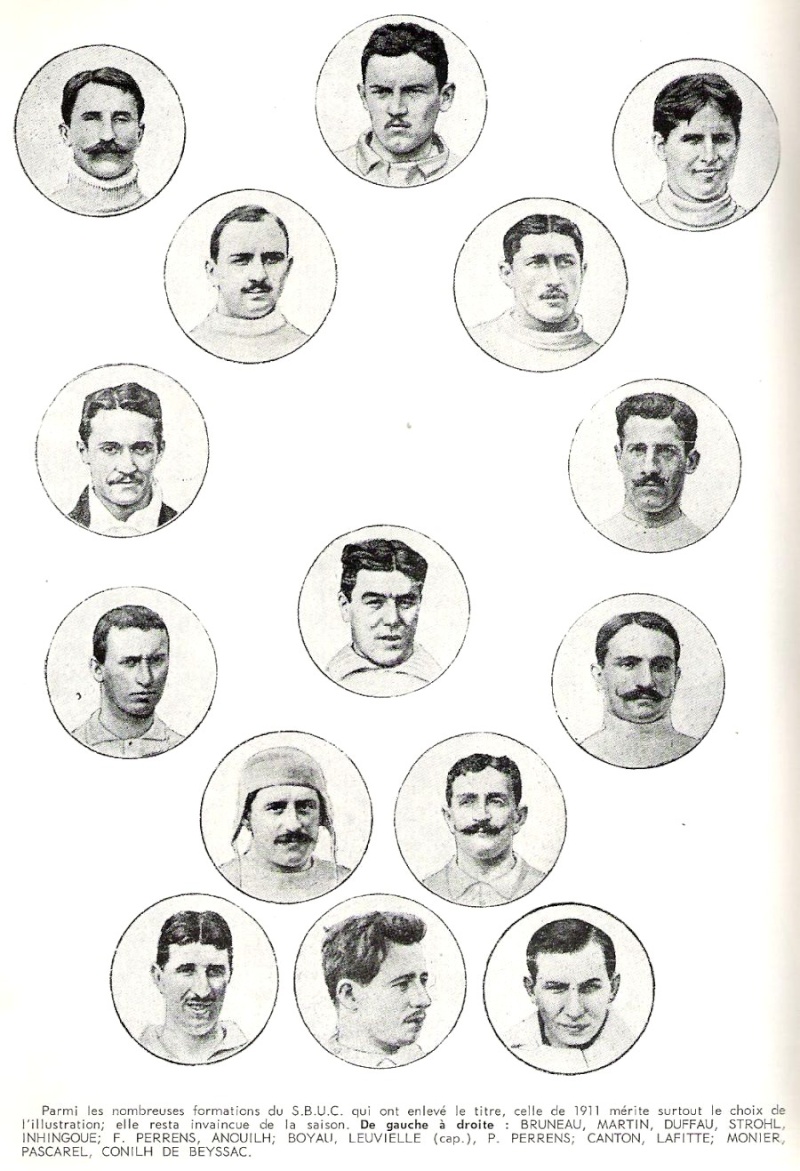 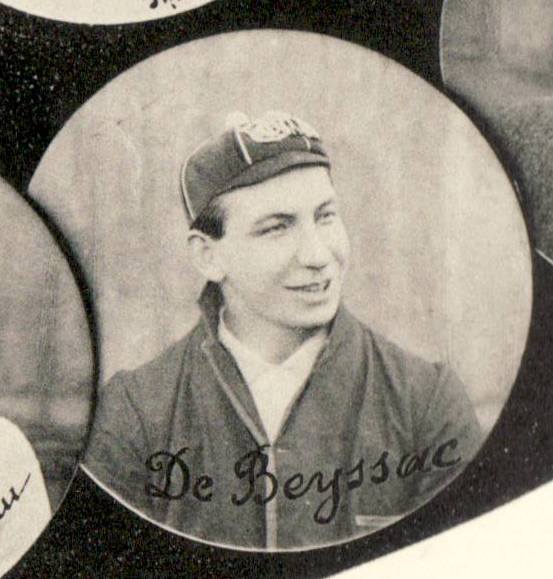 On this day 1918, Jean Jacques Conilh de Beyssac #Rugby rugby player for @stadebordelaise @FranceRugby
and, while living in London as a philosophy student, for @rosslynpark

JJ starred for Stade Bordelais, French champions in 1911, and exchanged Easter tours with @rosslynpark
in 1909 and 1913, when the tall French forward was noted by the home side as 'the most brilliant player on the field'
de Beyssac, born in Cauderan, Gironde came from a family which featured one of Napoleon's generals. He is 4th from left in this 1911 champion Stade Bordelais side 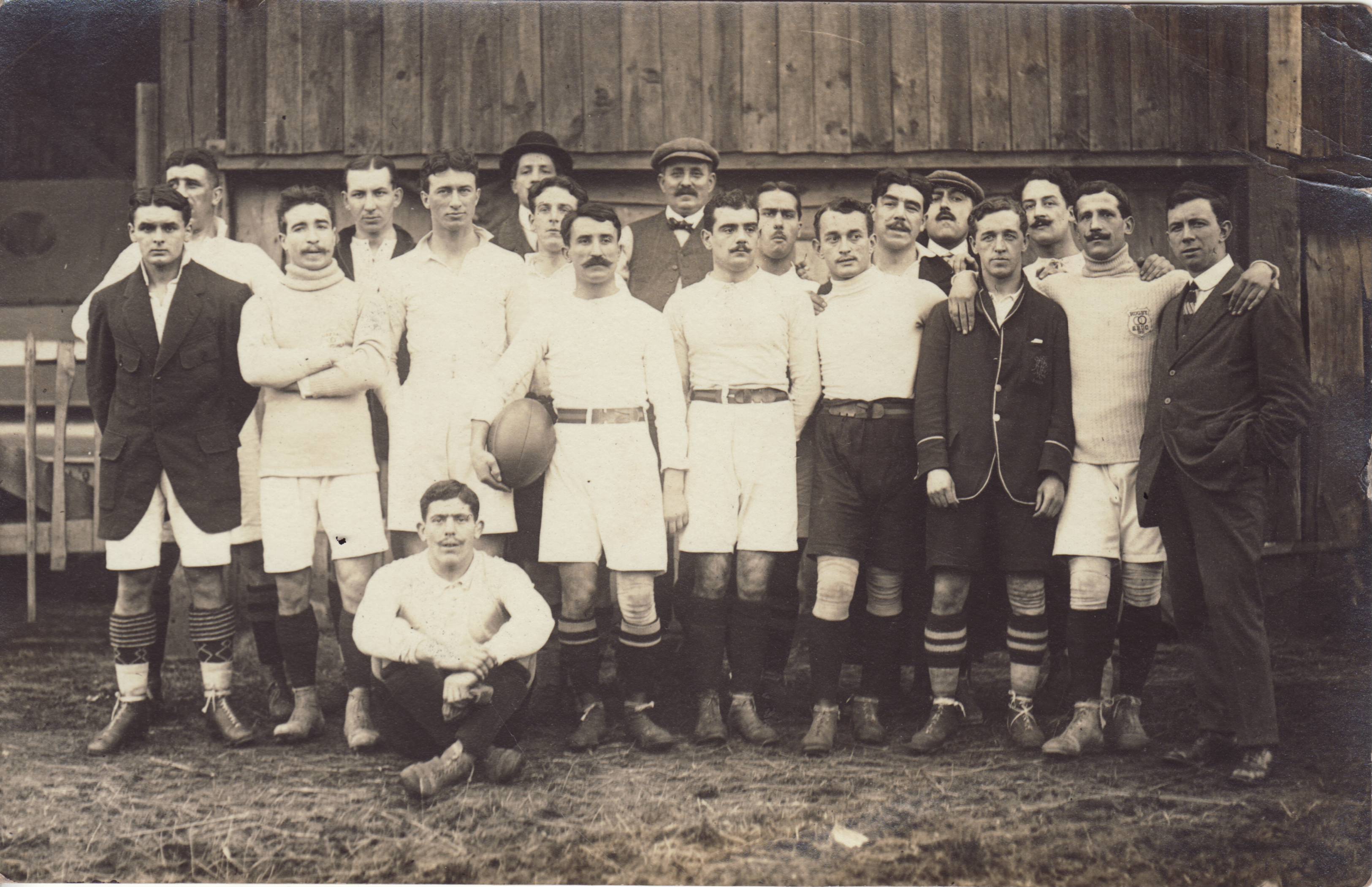 His French debut was against Ireland on New Year's Day 1912. He won 5 caps and played in the last #FiveNations match before the War when @englandrugby  defeated @FranceRugby  to take a second successive grand slam (in cap centre back) 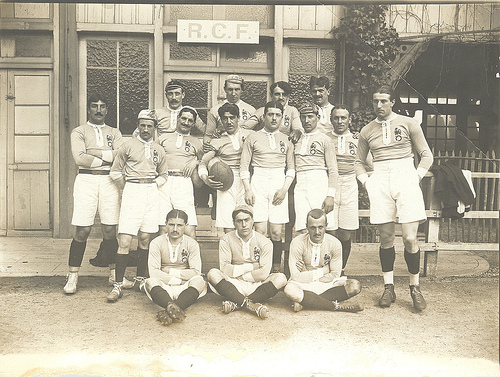 He joined the transport Corps in the war but by Oct 1917 was in the Regiment Artillerie Speciale, a thin disguise for the French Tank corps with its Schneider tanks

In April 1917, de Beyssac played for the French Army against the Trench @AllBlacks
in the Coupe de Somme. Here he inspects with some amusement the NZ 2-3-2 pack formation (8th man played as 'wing forward') 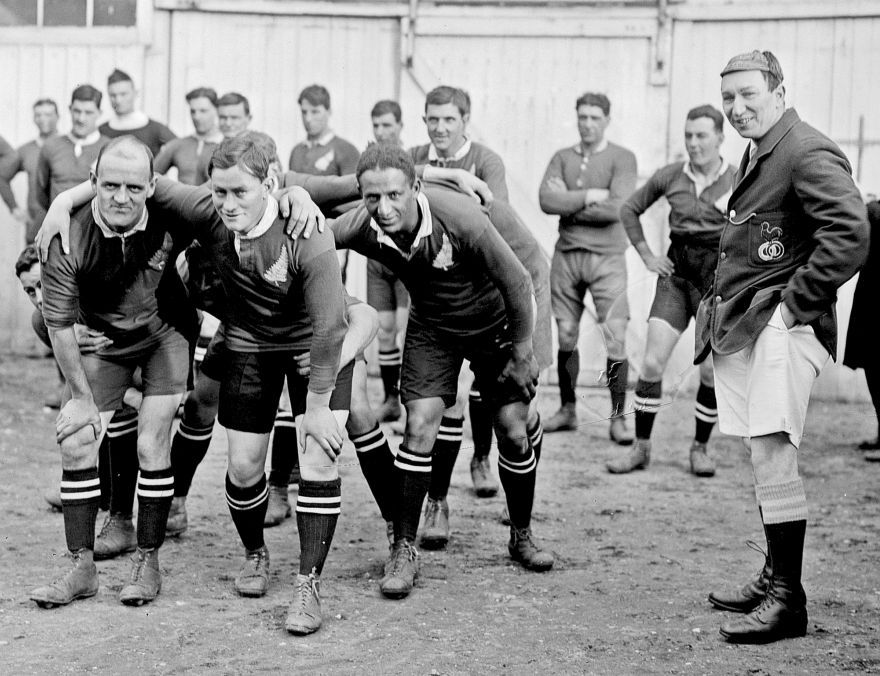 de Beyssac features here in the centre of photo. the colourised players were killed in the #FWW. Next to him @AllBlacks
Reg Taylor killed at Messines 1917. His inseparable friend Maurice Boyau with ball would also die 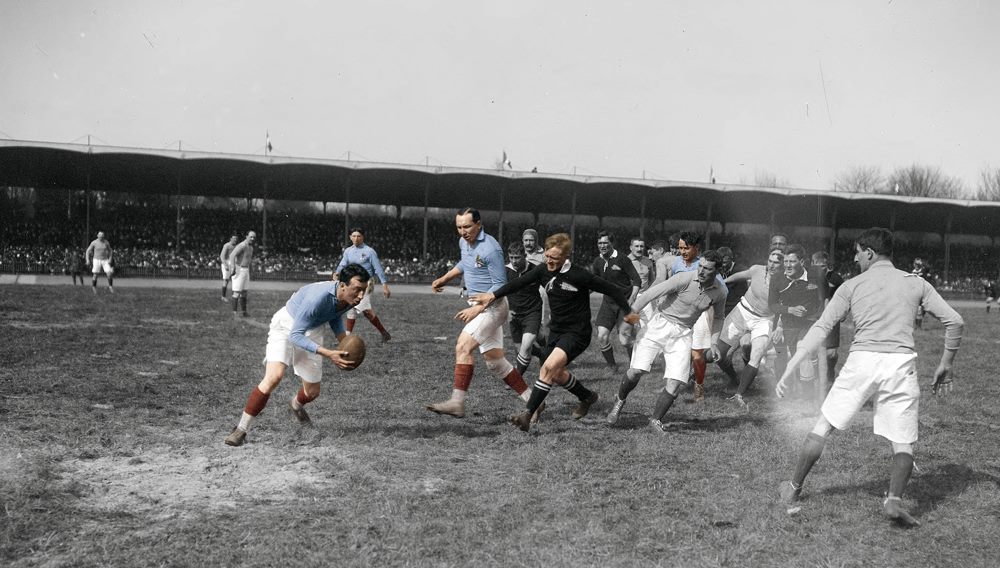 In June 1918, de Beyssac's tank was hit three times. He died of his wounds in an ambulance heading to hospital in Compiegne where the Armistice would be signed 5 months too late for him